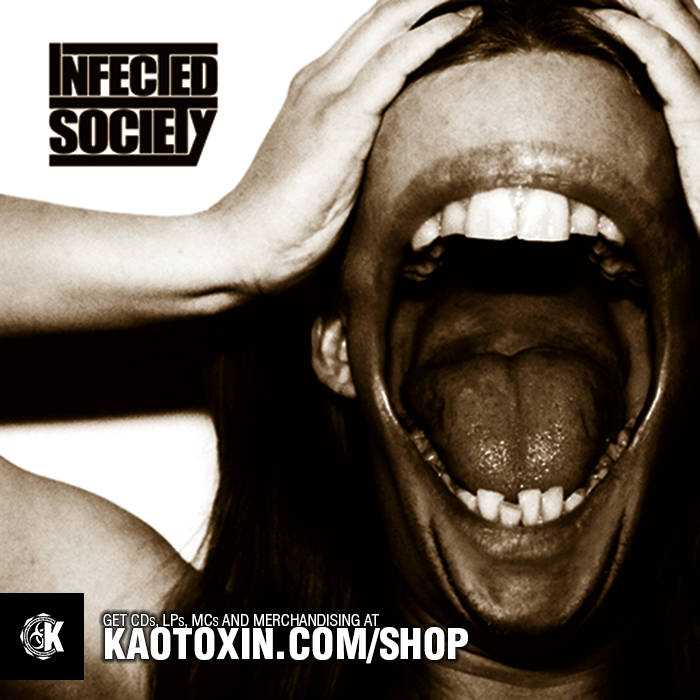 Focusing on a very fresh blend of old-school Napalm Death, scum era, meets modern grindcore, Infected Society has recorded what can be felt at the first listen as being a totally straight-ahead grindcore debut MCD but which, for the lover of the genre, will prove being more diverse, fresh and catchy than most of all the copycats releases of an over-populated scene nowadays, adding fastcore, hardcore and thrash influences to their blasting madness.